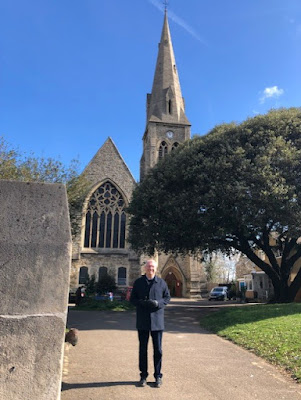 We must plan our trips into London better!  This last Sunday our destination was St John’s, Lewisham in South London, on a day when no trains were running from Amersham station.  Undeterred, we drove to Stanmore and picked up the Jubilee Line!  Arriving in time for Morning Service at 10.30am.

St John’s has something of a family connection for Rachel because her 3x Great Grandfather not only helped build it in the mid nineteenth century but also served as its Beadle for forty years!

Today I think it would be fair to call St John’s a ‘Black Majority’ church, set within an Anglican context.

Upon our arrival we were given a warm welcome and that continued throughout our time there with many people introducing themselves.  We were pleased to have a short conversation with The Revd Chris at the door, especially as this was his first Sunday as St John’s new vicar, having only been ‘instituted’ last Thursday.  It was obvious the congregation were delighted to have him in post, and equally obvious how much he valued his appointment – interestingly not calling himself their new priest or minister but ‘pastor’. 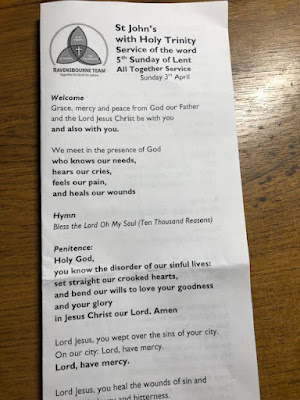 St John’s still operates in a loose Anglican framework with a service sheet that had various congregational responses.  Alongside that the words of the worship songs were projected and, on this Sunday at least, accompanied not by an organ but piano.

This sabbatical is good for me in that I’m listening to more sermons than usual!  I noticed on Sunday that whilst I may not have remembered all of Rev Chris’ sermon, I do recall a telling phrase he used that ‘life may sometimes be painful but not pointless’.  I suspect that it’s often the ‘one liners’ that linger most in our minds from a twenty-minute sermon!  (Note to self!!!)

It was fascinating to observe that the congregation started out, at 10.30am, at around 30 people yet kept on growing (actually until about twenty minutes to the end) and finished up at 60!

The service lasted an hour and a half with the second part departing most from an Anglican norm.  In this section time was given over to the intercessions, notices, testimonies, and presentations.  This time simply came alive with lots of spontaneous participation as folk went to the ‘open mic’ to share a story of faith.  I found it immensely moving to hear these narratives, spoken with such warmth and dignity.  St John’s is blessed to have such a sincere congregation.

One contribution in this second half were two girls singing a worship song.  One of them had a deep, rich voice and the other broke off halfway through into a few minutes of ‘rapping’!!  Wonderful! 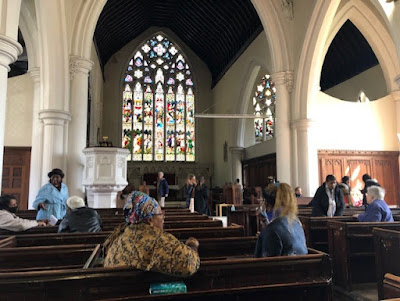 We left feeling we had been part of something truly ‘beautiful’ and honouring to Christ.  There is a beating heart at the centre of St John’s and I’m sure that the Revd Chris and his new congregation will form a good and fruitful partnership.

A few years ago one of the former Principals of my old theology college, Spurgeon’s, wrote a book about church leadership and addressed the issue of what we should call our inter church leaders.  Should they be bishops, moderators or regional ministers?  He concluded that it hardly mattered.  All of the structures were fine as far as they went, but they are only a framework.  What really mattered, what counted more than anything else, was the type of person who filled those structures.

I felt something similar as I left St John’s on Sunday and walked out into the spring sunshine of South London.  The Anglican structure of this church felt loose and comfortable.  Structure is obviously important for so many reasons.  Yet, more important are the people who fill the structure.  And at St John’s Rachel and I encountered such committed and sincere people filling the structures of their local church. 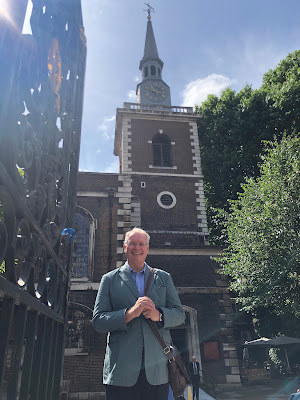